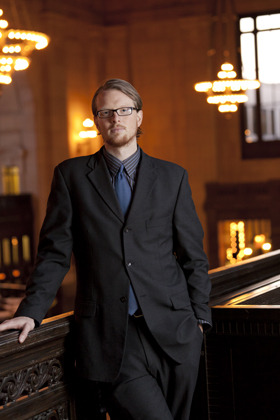 Gunnar Hand, AICP moved back to Kansas City, Missouri in September 2010 with his wife, Ashley, after more than a decade. His last stop on the long road home was in Los Angeles, where he worked for the Los Angeles County Department of Regional Planning and was an elected member of both the Downtown Los Angeles Neighborhood Council (DLANC) and the Los Angeles Section of the American Planning Association (APA-LA) where he began a transportation advocacy group called railLA.

Mr. Hand has focused much of his professional career and volunteer efforts improving quality of life indicators through community consensus building and ethical planning practices, which he now brings to the greater Kansas City metropolitan region.

Gunnar received a Bachelor of Environmental Design from the University of Colorado, Boulder, with a Major in Planning and a Minor in Political Science.  He then went on to receive a Master of Science in City and Regional Planning from the Pratt Institute in Brooklyn, New York. Mr. Hand is also a member of the American Institute of Certified Planners (AICP).